Rotary drilling rig failure analysis is an observation, hypothesis, reasoning, verification, correction hypothesis, re-verification ... until the fault is accurately determined, it refers to the use of various logical methods, philosophical methods and mathematical methods to deduct the fault information obtained Reasoning or scientific justification to reveal the essence of a fault through the surface phenomenon. 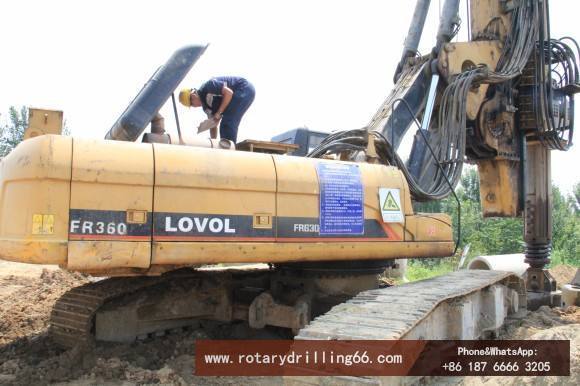 The following editors sort out three common methods for analyzing common faults of rotary drilling rigs and share them with you.

According to the fault information, first analyze the various fault hypotheses (causes) that lead to a certain fault phenomenon (result), and then compare and verify from the possible fault hypotheses to eliminate false components and explore the true cause.

For more complicated causality, you can use the causality diagram, fishbone diagram, and fault tree to make your thinking clear and clear.

Various fault hypotheses are tentative and have a subjective and objective conjecture. To achieve the purpose of the argument, the argument must be true and sufficient.

The individual information we obtain can only provide weak support for it. Finding negative evidence or refuting this evidence will be more powerful for fault diagnosis.

The replacement method refers to the replacement of suspected failures with the same type of rotary drilling rig components in the fault diagnosis and maintenance practice of rotary drilling rigs, and a comparative analysis of the working conditions of the new and old components to determine the fault. The purpose of the part is also called the prototype replacement method. When there is no replacement condition, a similar analog signal or load can be applied to a local system or component (such as applying a specified pilot variable pressure to a hydraulic pump with a hydraulically controlled variable), and then the operating conditions can be compared and judged. When using this method, attention should be paid to the appropriateness of the new and old parts or analog signals used for replacement. It cannot be replaced blindly or the fault is expanded or a new fault is generated.