Quicksand layer is a kind of unfavorable working condition commonly used in the construction of rotary drilling rigs. Most of them are sandy soil layers close to the fluid state. In this stratum construction, the phenomenon of hole collapse and submerged erosion is particularly prone to cause construction quality problems such as over-square, expanded diameter, high mud sand content, and excessively thick sediment layer, and even local collapse or the overall collapse of pile holes may occur, and Serious consequences such as burial. 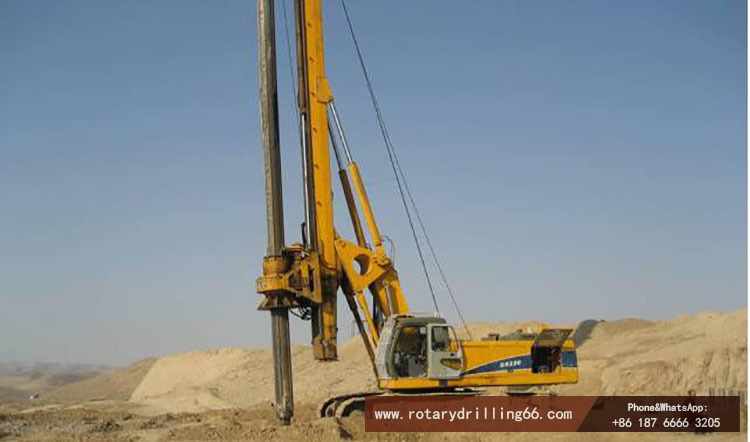 2. Reasonable deployment of mud. According to the characteristics of flow-formed strata, it is necessary to configure mud with high viscosity and medium bulk density for wall protection;

3. Keeping the mud liquid level higher than the groundwater level by 2-3m can be achieved by raising the protective cylinder or setting a clay dam around the hole;

4. Adjust the operation mode: control the fluid level of the mud, and keep it 30 ～ 40cm from the upper edge of the protective cylinder during drilling. (Especially when lifting). When drilling to soft soil and sand layer: Soft soil and sand layer are susceptible to hole collapse. When operating, pay attention to reducing the erosion and disturbance of the hole wall as much as possible. The operation method strictly follows the "three slow" principle: namely, lifting and drilling 3. The drilling speed is slow. By strictly controlling the movement speed of the drilling tool, the disturbance of the mud on the hole wall is reduced, and sufficient time is allowed for mud formation.

5. Ground observation: Always pay attention to the mud surface. When it is found that the mud level suddenly drops and a large amount of foaming occurs, it can be judged that there is a local collapse. Stop drilling immediately and ensure that the drill bit is slowly raised to prevent secondary disturbances caused by disturbance when the bottom of the bucket is opened. collapse;

Landslide accident treatment: When a local collapse is found, continue to inject mud into the hole while raising the drill bit, use an excavator to pour a sufficient amount of clay into the hole, and then lower the drill bit to invert the compacted clay, while pressing and inverting, and wait for stabilization Drill again using the method described above.