The main function of the engine is to provide power for the rotary drilling rig. Its power is diesel. The engine transmits power to the hydraulic pump through the intermediate coupling. Common sense tells us that if the fuel burns spontaneously in the air, the energy it emits is not enough to drive the rotary excavator. To solve this problem, we need to atomize the diesel and then compress it to make it burn under high pressure. That way you can get high power instantly and drive its accessory devices. We simply divide the engine working process into four stages, that is, four strokes (intake, compression, work, and exhaust). 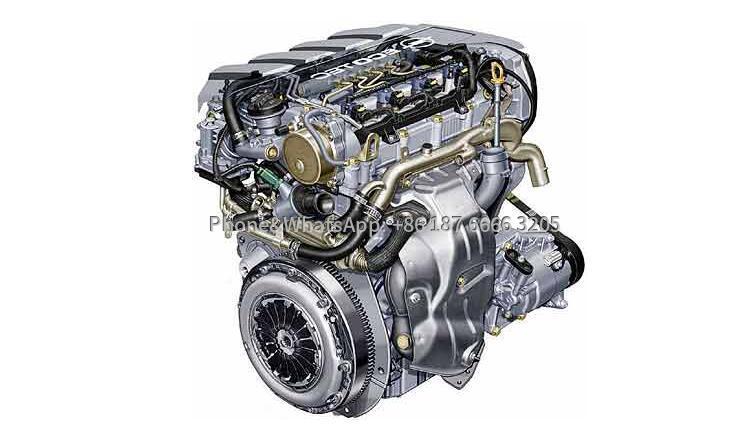 A hydraulic pump is a hydraulic power component, which is an energy conversion device that converts mechanical energy input by an electric motor (or other prime mover) into hydraulic energy. Its role is to provide pressure oil to the rotary drilling rig hydraulic system.

Hydraulic motor is a hydraulic actuator that performs continuous rotary motion and outputs torque. It is an energy conversion device that converts hydraulic energy provided by a hydraulic pump into mechanical energy.

Hydraulic cylinder is also called hydraulic cylinder or power cylinder, usually referred to as oil cylinder for short. It is a hydraulic actuator that realizes reciprocating motion and less than 360-degree swing motion in a hydraulic transmission system. It has the advantages of simple structure, reliable work, easy manufacture, and convenient use and maintenance. It is widely used in various departments of industrial production. Among the construction machinery, the most common are the shovel loading mechanism of the loader, the lifting mechanism of the crane, and the working mechanism of the excavator. The hydraulic oil cylinder plays a vital role in the working process of the rotary drilling rig. It is mainly used to adjust the angle of the luffing and play a pressure role when drilling.

For some highly automated engineering machinery, such as full hydraulic rotary drilling rigs, etc., it is often required to continuously and continuously control the parameters of the system-pressure and flow. Electro-hydraulic proportional valves are a typical type of control that can meet this requirement. valve.