Status of rotary drilling rigs at home and abroad

Rotary drilling rigs were first introduced in the Carlvelt company in the United States before 1940, and developed in Europe after 1945, and began to develop in Italy in 1948, followed by rapid development in Italy and Germany, and in Japan in the 1970s. Rapid promotion and development. At the time, Japan called it a rotary bucket pile, also known as Earth Drill.

In foreign countries, the design of large-scale pile holes and foundation construction drilling rigs fully utilizes hydraulic transmission technology and adopts a modular design to achieve "one machine for multiple uses" under the condition that the host machine is universal to meet the adaptability of rotary drilling rigs to different construction methods. .

In the 1990s, the control technology of foreign rotary drilling rigs has become intelligent. It has the best matching output control system of the engine and pump to match the engine speed with the hydraulic load, so that the engine has the maximum output. When there is no load and the load is relatively small, automatic control of the engine speed can be realized, thereby reducing fuel consumption, exhaust emissions and noise. Ability to monitor mast verticality in real time. The automatic and manual switching is realized, so that the verticality of the mast is automatically adjusted within a certain angle range, the verticality of the piling is ensured, and the construction efficiency is improved. It also has the functions of automatic control of turning down, drilling depth measurement and display, animation display of the vehicle body working state and virtual instrument display, fault detection, alarm and input and output display, and automatic automatic detection function before the whole machine starts.

In recent years, major foreign rig manufacturers have conducted a lot of research around self-disassembly, unmanned operation, intelligent management of construction operations, and remote interaction of the Internet of Things, and have made great progress. 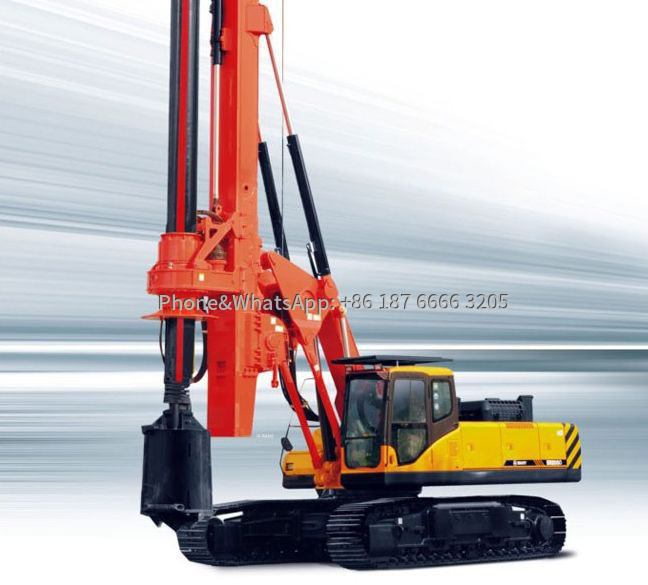 In China, it is driven by large national projects such as the Qinghai-Tibet Railway, the Beijing Olympics Project, high-speed railways and expressways. The research and development and application of rotary drilling rigs have developed rapidly. Some Chinese companies continue to improve the technical level and manufacturing quality of self-made rotary drilling rigs by introducing, digesting, absorbing foreign technology, and then recreating them. The market structure has also shifted from imported machines to dominate the world to current domestic machines.