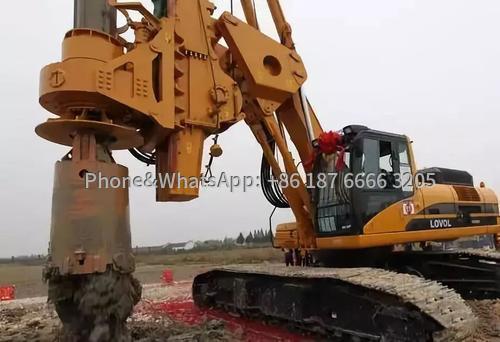 The boarding part is composed of a frame, a slewing platform, an engine system, a main winch assembly, a cab and a counterweight.

The mast is composed of goose head, upper mast, middle mast, lower mast, pressurized oil cylinder and other components. It is a mounting support component for drill rods and power heads and a guide mechanism for its working footage. The drill pipe assembly is composed of drill pipe, slewing bearing, guide frame, lifter, pin, washer and other components. Among them, the drill pipe is a key component, which is mainly responsible for connecting the drill bit with the main coil wire rope, and transmits the force of the power head to the drill bit within the full-length telescopic range. To achieve the function of rotary excavation operations. There are two commonly used drill pipes in the market: friction-resistant drill pipes and machine-lock drill pipes. 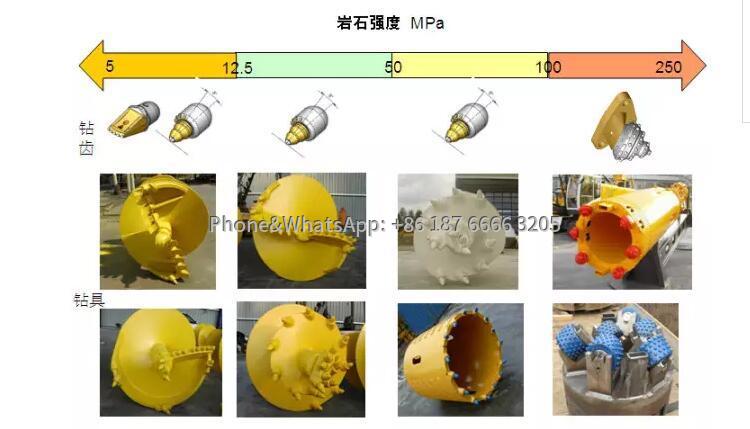